82 In this episode, I begin a series on doubt and fear and God had me start with the good fear found in the Bible. The fear of the Lord.

I read a lot of scriptures in this lesson:

The fear of the Lord is the beginning of wisdom; a good understanding have all those who do His commandments. His praise endures forever.

Proverbs 1:7
The fear of the Lord is the beginning of knowledge, but fools despise wisdom and instruction.

Proverbs 8:13
The fear of the Lord is to hate evil; pride and arrogance and the evil way and the perverse mouth I hate.

Proverbs 9:10
The fear of the Lord is the beginning of wisdom, and the knowledge of the Holy One is understanding.

Proverbs 10:26
The fear of the Lord prolongs days: but the years of the wicked shall be shortened.

Proverbs 15:16
Better is a little with the fear of the Lord, than great treasure with trouble.

The fear of the Lord is the instruction of wisdom, and before honor is humility.

By mercy and truth iniquity is purged, and by the fear of the Lord men depart from evil.

The fear of the Lord leads to life, and he who has it will abide in satisfaction; he will not be visited with evil.

By humility and the fear of the Lord are riches and honor and life.

Do not let your heart envy sinners, but be zealous for the fear of the Lord all the day; for surely there is a hereafter, and your hope will not be cut off.

83 In this episode, I continue to talk about fear and shine the light on most fear as a spirit.

Some fear is reasonable, instructive, or saving you from harm. This type of fear is usually immediate, and it serves its purpose and is gone.

The type of fear I come against in this episode is a demonic fear Paul teaches Timothy about in 2 Timothy 1:7
For God has not given us a spirit of fear, but of power and of love and of a sound mind.

84 In this episode, I continue to talk about what the Bible has to say about doubt and fear.

I use the example found in Mark 9:14-28
And when He came to the disciples, He saw a great multitude around them, and scribes disputing with them.

Immediately, when they saw Him, all the people were greatly amazed, and running to Him, and greeted Him.

And He asked the scribes, "What are you discussing with them?"

Then one of the crowd answered and said, "Teacher, I brought You my son, who has a mute spirit. And whenever it seizes him, it throws him down; he foams at the mouth, gnashed his teeth, and becomes rigid. So I spoke to Your disciples, that they should cast it out, but they could not."

Then they brought him to Him. And when he saw Him, immediately the spirit convulsed him, and he fell on the ground and wallowed, foaming at the mouth.

So He asked the father, "How long has this been happening to him?" And he said, "From childhood. And often he has thrown both into the fire and into the water to destroy him. But if You can do anything, have compassion on us and help us."

Jesus said to him, "If you believe, all things are possible to him who believes."

Immediately the father of the child cried out and said with tears, "Lord, I believe; help my unbelief!"

When Jesus saw that the people came running together, He rebuked the unclean spirit, saying to it, "Deaf and dumb spirit, I command you, come out of him and enter him no more!"

Then the spirit cried out, convulsed him greatly, and came out of him. And he became as one dead, so that many said, "He is dead."

But Jesus took him by the hand and lifted him up, and he arose.

And when He had come into the house His disciples asked Him privately. "Why could we not cast it out?"

You can see belief and unbelief in the same person (the boy's father) in the same situation. Jesus did not correct the father and tell him, "No, you only have unbelief."

The father was aware of both and was asking Jesus to help with his unbelief.

You and I need to do the same thing with our unbelief. We need to take it to Jesus (The word of God), find out what the Truth has to say and use the Truth to disarm our unbelief. 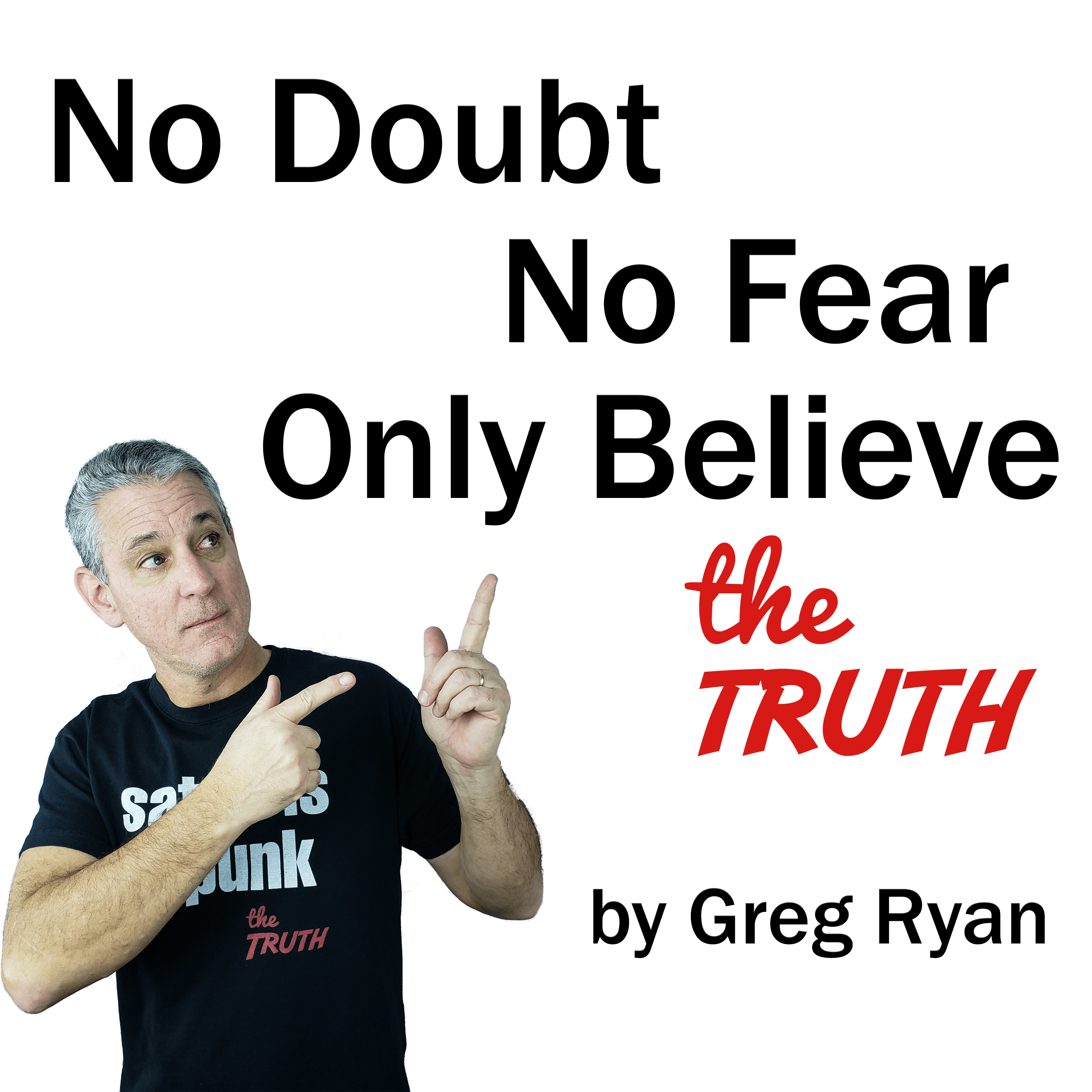